Most people are just trying to live their life. They don’t want any trouble and do everything that they can to avoid it. Whenever some government official or law enforcement officer tells them to do something, they do it, often without question. Every law abiding citizen does that. Unfortunately, even that can get a person into trouble if they are not careful.

Sadly, there are people out there who don’t exactly follow the rules, and they like to cause trouble. Their favorite people to target are the ones who are afraid of causing trouble. These bad people create scams that trick good people into giving them money or risk getting into trouble with the law.

If people want to avoid something like this, then they need to be aware of all of the different scams out there and how scammers like to operate.

A common scam, especially around tax season, is for scammers to send letters to potential victims. The letters arrive via the United States Postal Service (USPS), which is one of the primary forms of communication that the IRS actually uses. This adds a layer of believability to the scam. The phony letters almost perfectly replicate Internal Revenue Service (IRS) forms stating that the person is behind on some type of payment or something of that nature.

The letters will often state that a discrepancy was found on the victims tax returns and that they owe the IRS some amount of money. One obvious red flag that people should be aware of when it comes to scams is that the scammer will try to intimidate the victim. This can be done in a number of ways, but often involves threatening to arrest the individual or getting the police involved. The IRS would never do that.

Another warning sign involves how they ask for payments. Often times, the scammers will request money be paid immediately and in certain, untraceable ways. This way, once they have the money, there is nothing the victim can do about it. Some preferred methods include:

The IRS would never demand money immediately, and they definitely wouldn’t accept these kinds of payments. Anyone asking or demanding for this kind of payment is clearly a scammer.

The Best Way to Be Sure

Probably one of the best ways to check on whether or not something claiming to be from the IRS is a scam is to just contact the IRS. If a person receives a letter in the mail stating there was a discrepancy on their tax returns and they are unsure of the authenticity of the letter, then they should call the IRS.

Finding contact information for the agency is as easy as going to their website: IRS.gov. A person can then call up and talk to someone who actually knows something in order to confirm whether or not the letter is real.

Contacting the IRS may not be the most fun thing in the world to do, but it is better to be safe than sorry.

No hard working individual ever wants to scammed out of their money, but they also don’t want to get into any trouble with law enforcement. That fear of getting into trouble is what scammers feed off of. They want to scare their victims into acting without thinking things through enough to see the cracks in their scam. This is why it is always best for a person to take a step back and think things through. Doing so could easily help a person see the scam for what it is.

Have you received a letter claiming to be from the IRS that states you owe money on your taxes? If so, be sure to really examine that letter, and talk to the actual IRS to confirm the letter’s authenticity to avoid being conned. 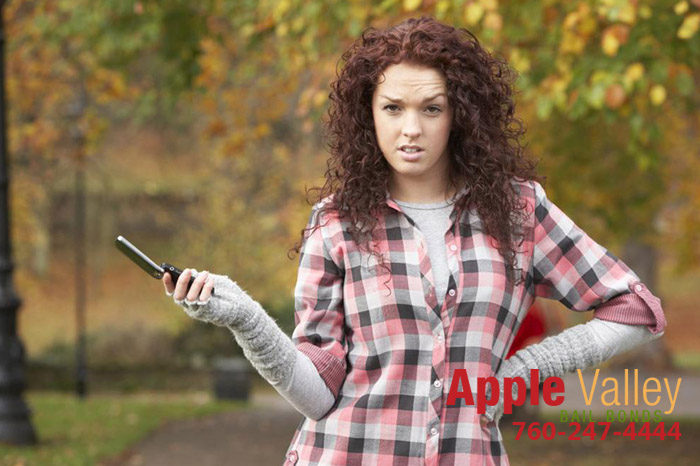 Phones and cellphones are pretty great they give a person access to everyone important to them. Unfortunately, phones also give everyone access to that person. Spammers and scammers can get in touch with anyone thanks to phones, and that can be incredibly annoying. No one likes to be interrupted, especially for something that isn’t important.

Spammers are typically either telemarketers who want to sell a product or service or survey takers looking to ask some question. Scammers want to trick a person in to doing something for them. Neither group is fun to talk to on the phone.

Luckily, caller ID has enabled people to recognize who is calling before answering the phone. This saves everyone from having to talk to spam/scam phone call, but they still make the phone ring and leave annoying messages. With how frequently these calls come in, many people assume there is no escape, but that is not the case. There are things that people can do to save themselves from these obnoxious calls.

How Do They Get the Numbers?

Spammers and scammers can get a person’s telephone number through a number of means. They can get it online from public social media accounts, however this is less common with today’s privacy settings.

More often than not, these people get the phone numbers from online registries. Basically every time a person puts their phone number into a form online, they’ve given it to someone who will misuse it. This is true even if the site is a credible one, which is why it is recommended that if a person doesn’t want to receive spam calls, they should never give out phone number anywhere online.

How to Deal with the Calls

If a person is like most people, then they have already put their phone number out there a couple of times and are receiving scam/spam phone calls on a regular basis. There are a few different things that a person can do to help themselves avoid being bothered by these calls.

Most spam phone calls are either from telemarketers or surveyors. They either want to sell you something, or ask you some questions. They never call at a good time, and typically call when a person is about to sit down for a meal. Simply ignoring the calls doesn’t work, because they just keep calling back, so what to do? Well, try one of the following:

• Report the number. If a number is being extra annoying, it can be reported to Federal Communications Commission (FCC). Simply fill out a 1088G form, which can easily be done online. It is supposed to be a very effective way to stop the phone calls from occurring.
• Register your number. The FCC also has another way to protect consumers from annoying phone calls. A person can place their phone number on the DoNotCall list. After about a month, all calls should stop. If any spam call comes in after that month, the person can report the call to the FCC and the caller will face some heavy fines. It is worth noting that the FCC does not call and offer to put a number on the DoNotCall list. Any call claiming to do this is a scam and should be ignored.
• Create a Spam Contact. This method doesn’t prevent all scam and spam calls, but it can protect from known bad numbers. A person simply creates a contact on their phone for Spam, and anytime they receive a scam/spam phone call, they add that number to the spam contact. This way, when the number calls again, it will pop up as Spam. A person can even set a silent, personal ringtone for the contact so that it doesn’t actually ring.
• Forward to SPAM. When it comes to receiving spam/scam texts, a person can typically report the numbers to their service provider. Simply forward the message to 7726, which is the phone key combo for spam. The service provider will respond with a text asking for the guilty number, just send the number back and they will block that number from sending out anymore spam.

No one like to be bothered, especially not repeatedly. Sadly, scammers and spammers love to use a person’s precious cellphone to get in touch with them whenever they want. Thankfully, there are steps a person can take to keep their phone safe from spammers and scammers. Taking any of the actions above can help a person keep their phone nice and quiet.

What’s the most annoying spam or scam phone call(s) that you have ever dealt with? Tell everyone how you dealt with the problem.