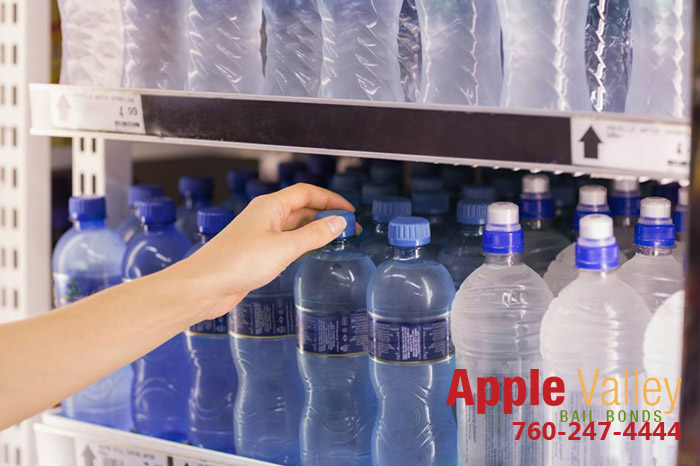 Summer is in full swing and people are doing everything in their power to beat the heat and stay safe. After all, no one wants to suffer from heat related illnesses such as heat exhaustion and heat stroke. One of the best ways to avoid both of those conditions is for a person to remain hydrated throughout the day.

For several years now, people have worried about the health safety of plastic water bottles. In 2007, emails began circulating through people’s inboxes with the claims that leaving water bottles in hot cars would create a chemical reaction within the plastic. This reaction would supposedly cause the plastic to release chemical compounds, BPA and DEHA, into the water.

Neither of those chemicals are very good for human consumption.

Naturally, these emails caused quite a stir and some panic as well. Even though these myths were later debunked by studies performed by the American Cancer Society and the International Bottled Water Association, many people still believe those emails.

There are now questions of whether or not heating plastic water bottles causes them to release phthalates into the water, which would cause other serious health problems for anyone who drank the water. However, there has yet to be any definitive answer in regards to that particular question.

While these chemicals could pose a serious health hazard if leeched into the water, they are not the reason that plastic water bottles should not be left in hot cars.

The problem is that the clear plastic and water work together to create a makeshift magnifying glass. Anyone who ever burned ants as a kid knows how dangerous a magnifying glass can be. If direct sunlight falls onto a plastic water bottle, it can concentrate the sun’s rays on a set point in a car, and, with enough time, cause that point to ignite.

If left unchecked, that fire can quickly and easily consume the entire vehicle.

This means that a person should never leave a plastic water bottle anywhere in a car where it will be exposed to direct sunlight. Doing so could have disastrous results. Better to take the bottle with you, or at the very least, tuck into a secure and covered place where the sun will never find it.

When the weather heats up like it does every summer, it is important for everyone to remain hydrated. One of the best ways to do that is for a person to keep some water with them at all times. Water bottles are a great way to do that. However, plastic water bottles can, surprisingly, pose a fire hazard.

Are you staying hydrated this summer? Tell us how you keep yourself cool and hydrated while you travel this summer. You never know, you might inspire someone to do the same! 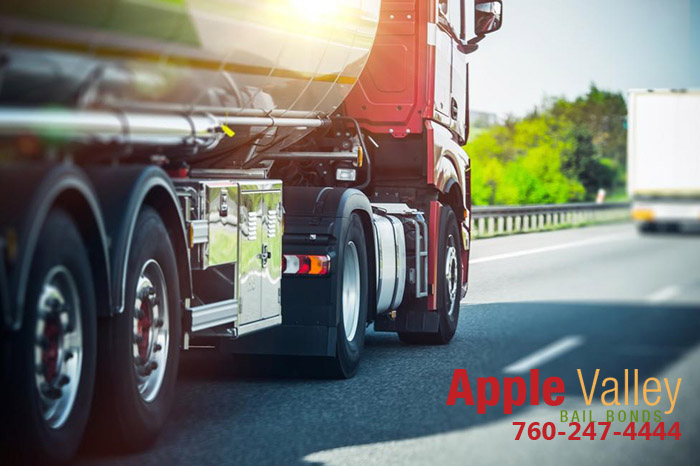 As technology advances every single day, ideas that were once thought of as science fiction are inching closer and closer to becoming real. For proof of this fact, look no further than a smartphone and all of the different apps on it. Being able to walk around with a phone/computer/calculator/internet explorer was the stuff of dreams just a few decades ago. Every single day, technology is moving forward.

One piece of technology that many people are excited for, is autonomous driving, otherwise known as self-driving cars. Self-driving cars stand a chance of reducing traffic, or at the very least, making it easier to deal with. These cars could theoretically communicate with one another, and perform better than any human driver could, thereby eliminating the potential for human error.

As tech and car companies both work on bringing this sci-fi idea to life, the United States Postal Service (USPS) is planning on giving it a test run.

USPS has its work cut out for it. The Postal Service is responsible for delivering mail all over the country, and is always looking for ways to improve its service while cutting down costs. Currently, the Postal Service spends around $4 billion to truck mail from one depot to another. Shipping the mail via truck is costly, time consuming, and creates more pollution. The hope of switching to driverless shipping is that it will reduce all of this.

The nation is currently experiencing a shortage of truck drivers as less and less people want to perform the job, making hiring long haul truck drivers more expensive. Autonomous trucks are expected to be much cheaper.

Currently, there are laws regulating how much truckers can drive in a single day. These were implemented to protect truckers, and to help keep them healthy and alert behind the wheels of their vehicles. While this was a good thing, it also means that drive lengths are increased. Since autonomous trucks wouldn’t be held to those regulations, they could make a coast-to-coast run in 2 days, instead of the industry standard 5 days.

Lastly, newer vehicles are just built to be cleaner than older vehicles. Plus, with a computer in control of a vehicle, it is far more likely to make better decisions about how much it uses the gas pedal. These autonomous vehicles will theoretically be more fuel efficient, thereby reducing emissions.

The Future of Mail Delivery

With the potential benefits laid out like that, it is easy to see why companies, and the USPS, are so interested in autonomous vehicles. Currently, the USPS is performing a 2 week trial run of autonomous trucks making deliveries between Dallas, Texas and Phoenix, Arizona. The trucks are built and operated by San Diego based company TuSimple.

While the trucks will be driving themselves, they will not be doing so alone. A safety driver will be present at all times, just in case someone needs to take control of the vehicle. There will also be an engineer present in the passenger seat to monitor the vehicle and make repairs if necessary.

TuSimple states that other drivers on the road between Phoenix and Dallas likely won’t even notice that the trucks are autonomous. The vehicles are designed to exhibit proper driving, meaning they use turn signals and obey speed limits. Plus, the trucks aren’t heavily marked as being autonomous, since the company has found that either distracts other drivers, or causes them to try to mess with the truck in some way.

Could Autonomous Trucks Be a Reality Soon?

If this trial goes well, autonomous truck deliveries between distribution centers could become commonplace in the next years. This could help speed up the mail delivery process, which is something everyone would enjoy. However, don’t expect to see autonomous delivery trucks driving through neighborhoods anytime soon, as that technology is a little more complicated, and further out from becoming a reality.

Still, if this trial does go well, then it is just another step toward autonomous vehicles. Just imagine being able to get into a vehicle and not having to drive it. There would be no more worry about what other drivers are doing or how to get over in time for the off-ramp. Getting from point A to point B would be a lot easier, and safer, for everyone.

What do you think of autonomous vehicles? Are they the future, or will they remain a product of science fiction? Is the technology ready for this kind of work? 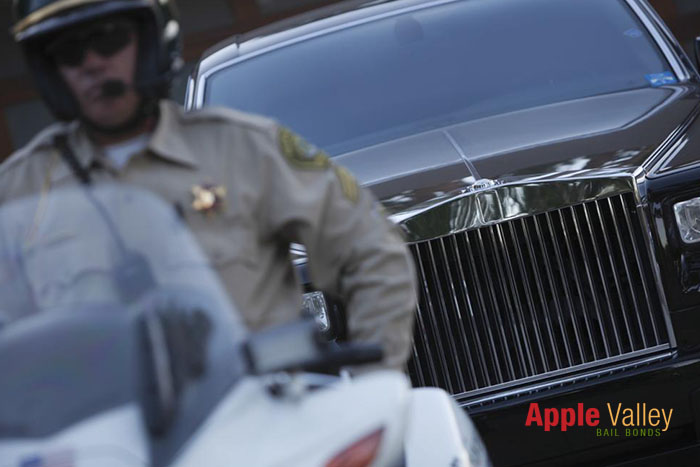 Here in the sunshine state, we love the Sun. We especially love the sun when we’ve been trapped in inside the past few days due to cold, dreary weather. Sunshine is best experienced with fresh air, and walking along the beach. Of course, there are other peacefully scenarios where the Sun’s rays make the moment all the better. Let’s face the facts, Californians love their sunshine.

Well, most of the time. There are some occasions when we don’t appreciate the Sun. When the Sun shines right into the window of your car as you are driving in the morning or evening, seeing the road can become difficult. When this happens, your ability to drive safely is drastically decreased. The other time the Sun isn’t appreciated is when it’s baking you as you sit in traffic on a summer afternoon.

If you have a love/hate relationship with the Sun, as most of us do, you may be considering getting your windows tinted. Window tint is a great way to reduce the amount of sunlight inside your car. However, before you go and get your windows tinted, there are some rules you need to be aware of. According to Tinting Laws, California has had laws regarding window tinting since 1999. The laws are mainly about how dark and how reflective your window tint can be. The following are in regards to window tint for cars:

California does have several other important laws, rules, and regulations pertaining to window tinting. They include the following:

• Side Mirrors: Dual side mirrors are required if the rear window is tinted.
• Restricted Colors: California tint laws do not permit using red, amber or blue tint colors. Side windows must be colorless.
• Certificates: Manufacturers of film must certify the film they sell in the state and the driver is required to have the certificate in his/her possession.
• Stickers: State law does require a certificate or a sticker from the installing company and the manufacturer’s name and address.
• Medical Exceptions: California law allows medical exemptions for lower tint on all windows since September 2017.

Window tinting is a great way to still enjoy the sunshine and keep your vehicle cool. However, there are laws stating how much tinting is allowed. Being able to control the amount of sunshine that is let into your car is a good way to prevent yourself from baking in traffic. Have fun enjoying the sunshine from the safety of your tinted window vehicle.