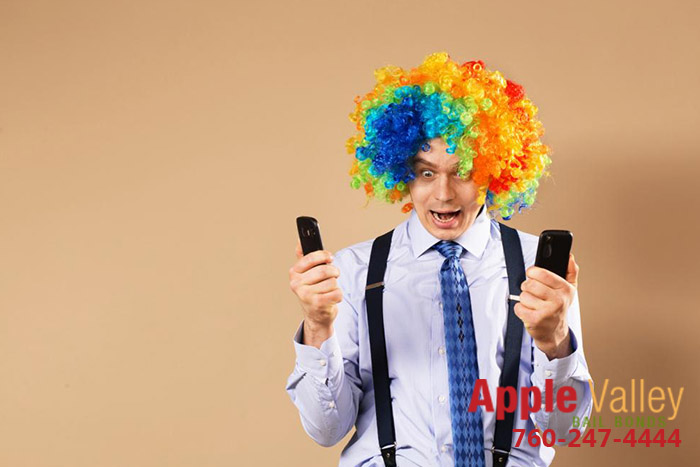 Cell phones have made communication very easy since their creation. Before, the only times when people could use phones were when they found one mounted to a wall. Nowadays, everyone walks around with a phone in their pockets. Staying in touch with loved ones has never been easier.

Unfortunately, there is a drawback to this. Not only is it easier for a person to contact whoever they want, it is easier for others to reach that particular person. This is both a blessing and a curse. Just ask anyone who has ever found themselves in the unfortunate position of having their phone number on a telemarketer’s list.

What some Californians are not aware of, is the fact that making annoying phone calls can be considered a crime in the state. If phone calls meets certain conditions, it can get the caller into legal trouble.

The Law against Annoying Phone Calls

The state of California actually has a law against annoying phone calls; Penal Code (PC) 653. This law makes it a crime for a person to intentionally make annoying or harassing phone calls to a person. Aside from phone calls, this law also extends electronic communications sent through phones such as texts or emails. This law is usually applied in instances of stalking or domestic abuse, but can potentially be applied to prank phone calls as well.

The law lists 3 elements that can make up an annoying phone call:

• The caller uses obscene language.
• The caller threatens the person they called.
• There are repeated phone calls.

Typically in law, the word obscene means sexual in nature. However, that is not the exact case for this law. Here, courts have decided that obscene can also stand for crude or offensive language. Basically, if a caller cusses out a person, they can be found guilty of making an annoying phone call under PC 653. However, this does not stand if the caller normally uses a lot of swearing when talking to the person and vice versa.

If a caller threatens the person they called with either violence or injury, they have committed an annoying phone call. This also extends to the person’s family and property. If either are threatened by the caller, then the caller has likely broken the law.

Breaking PC 653 is a misdemeanor offense in the state of California. If a person is found guilty of making annoying phone calls, then they can face:

In some cases, the defendant may only be put on probation or be required to participate in counseling.

While cell phones are great and open up a whole new avenue of communication, there are some calls that people just don’t want to get. No one wants to receive annoying phone calls, and no one wants to be threatened over the phone. Everyone has the right to feel safe, which is why California put this law into effect.

If a person is thinking of making a prank call, something that is often considered harmless, they may want to think again. It can get them into trouble with the law if they are not careful. After all, no one wants to go to jail for making a phone call.